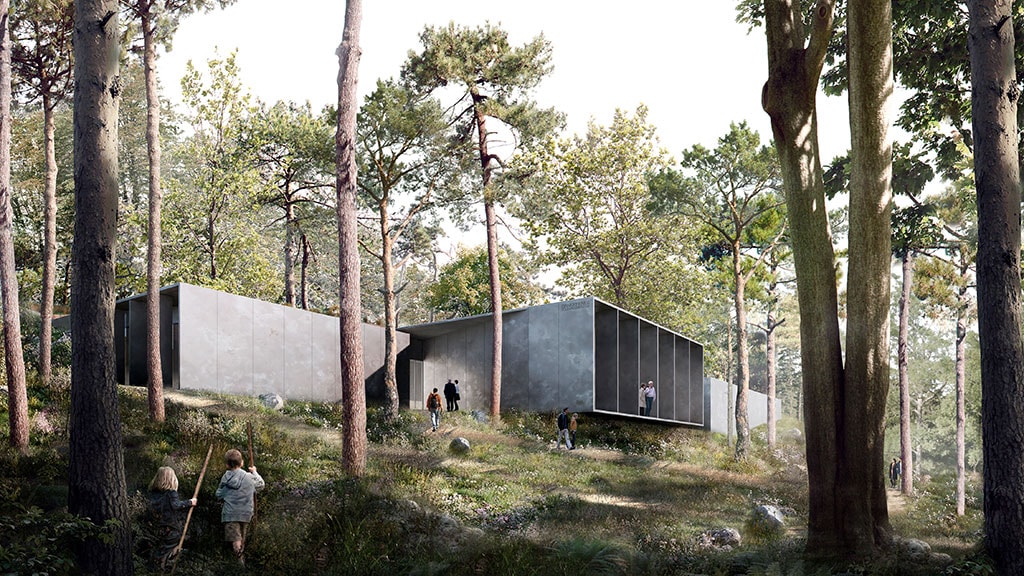 You can find a piece of untouched cultural heritage in Rold Skov (Rold Forest), which is located just a 30-minute drive south of Aalborg. REGAN Vest is one of Denmark’s best maintained Cold War bunkers. Today, the bunker is being rebuilt so that it can function as a museum

REGAN Vest – The Danes’ Cold War Museum, will convey the concept of the Cold War. The bunker is a different and exiting excursion destination, as you will get the opportunity to experience the extreme consequences of the heated nuclear conflict that characterised the Cold War era.

Hidden from the public as well as Denmark’s enemies, the Danish authorities built a nuclear bunker in the 1960s that was intended to house the royal family as well as parts of the government in the case of a third world war. The bunker was built into a chalk hill deep inside Rold Skov and is, at its deepest, located 60 meters underground. The bunker is referred to as REGAN Vest, and it was from here that the country should be governed during war, should the government facilities in Nordsjælland cease to be an operational option. It consists of four cement rings that are situated on top of each other in pairs of two, and it has everything that is necessary to keep the daily life running: kitchen, storage room, medical clinic, a machinery and much more. In 2003 REGAN Vest was taken out of operation, but the bunker remains well-maintained.

Because REGAN Vest was built to protect the leaders of Denmark so that a functional government could remain during war situations, the bunker is characterized by a civilian look, not military. Additionally, the bunker is gas and nuclear “proof”, and it can withstand the pressure waves from a nuclear bomb. REGAN Vest could be self-sufficient with water, oxygen, electricity, etc., which meant that the bunker could function completely independent of its surroundings for a couple of weeks. The need for food and fuel for the bunker were inevitable. Should it become necessary for the bunker to be used, it was crucial for those seeking its protection to be able to communicate with the world around them. Therefore, the bunker was equipped with NATO and telephone connections, telex, telefax, etc., as well as a studio from with the Queen or prime minister could speak directly to the Danish population.